However, in spite of only being after one thing most of the time, raccoons are highly intelligent creatures, and it is this intelligence that makes them challenging intruders.

They not only love human habitats, because they know there’s a lot of free food in there, but also manage to sublet human houses, without coughing up any rent of course!

A raccoon’s intelligence and highly inquisitive nature makes it’s easy for the creature to invade a human’s home, and sometimes, the homeowner doesn’t even realize that he has a raccoon in the house, until some serious damage begins to surface.

While attics are their favorite haunts, raccoons are also known to make their way into spaces in ceilings and walls, ducts and just about any space in the house that they can crawl into, and we all know that every house has plenty of such hideouts!

Thanks to their high intelligence quotients, raccoons have no problem in finding the easiest way inside a house, and once they are inside, they happily make their way through the house, moving from one cranny to another to avoid being detected.

So while other pests are wary of human beings, raccoons are quite the opposite, even using innovative methods to get into houses and then staying put until they’re forced out! 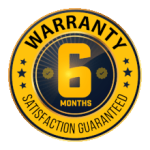